Ad Filmmaking can be an uphill process, but the yield is worth it. Visual content is the most engaging type of content people look for these days and if you can understand how to produce such visually appealing films for yourself or your business effectively and sustainably, you will earn the benefit for a long time.

To shoot your first-ever hassle-free ad film, you need to keep the momentum going! Keep reading as we have curated an ultimate power-packed guide that will lead you throughout your ad-filmmaking process!

With that said, let’s walk through the steps of ad-filmmaking and get you on your way to bringing your dream ad-films to life.

When you create an ad film, you need to follow an organised process. This process can be classified in the following:-

The very first stage of the filmmaking process is ‘Pre-production’. At this pre-production stage, you will be working out thoroughly on the idea of your desired film and how you will tell your story to your audience.

The second stage of the ad-filmmaking process is ‘Production’. Make certain you’re comfortable with your equipment before you start filming. At this stage, you will be shooting your dream ad film for which you’ve planned strongly enough.

Don’t forget to have backup shorts, just in case you are unhappy with any of your finalised shots. Once you’re done filming, watch your shorts and check if it’s good to go with, before you leave the location.

Check the framing, light, sound, focus and get everything you need on the spot!

The final stage of the ad filmmaking process is  ‘Post-production’ which consists of editing and sculpting your final ad film. You may look through your raw film before you start editing. If you’ve got a lot of material, you could log it and maybe create a paper edit before you start putting it together. You could create a ‘rough cut’ of the whole ad film or a single sequence so you could get an understanding of the bigger picture.

This stage includes the following:

This power-packed guide serves as a starting point for ad film production beginners to understand the technicalities and steps involved in this field.

“Filmmakers are storytellers”. You don’t need complicated ideas for your ad film. Even if you have the simplest idea on your mind, go for it. Every second you work towards filming, it will take you to greater heights. Tell your story and live your dream!

We hope this guide has taught you enough and will help lead your way to your dream ad film. We’d love to know your favourite stage of the ad filmmaking process in the comment section below! 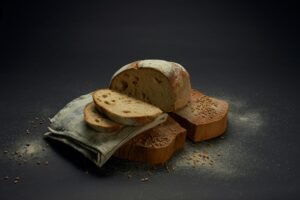