Weddings are landmark occasions in anyone’s lives. Calling a wedding “auspicious” doesn’t do justice to the purity of the term. It involves a story, the beautiful tale of two intertwining souls, two coinciding lifelines. Rare are the people who understand the emotional significance of this day, and one such person is Harpreet Bachher. He is an award winning fashion and lifestyle photographer, who harbours a passion for weddings, and has launched his own wedding film business called The Wedding Story.

Harpreet sheds light on the existence of four means to tell a story in weddings, namely visuals, images, audio, and audio bytes. Visuals refer to the shots in a wedding film that describe the wedding, tell the story. They involve showing the bride in all her glorious beauty, the dapper groom, the setting, the food and merry making, etc. Bytes is the understated element of a wedding film, which is arguably the most important element in the mix. It establishes an understanding of the families, and builds a psychological bond. Bytes are the singular short interviews that are spurred on through conversations, and are deeply insightful and can be used to add emotional impact to a story.

Harpreet Bachher was inspired to do wedding photography through a single, beautiful incident which got him hooked on it. Being a willing learner and a proficient photographer, he was initially open minded enough to indulge in photographing the wedding of his friend Shaleen on being requested by her to do so. As it happened, a fortuitous turn of the camera at the wedding captured in slow motion the teardrop of Shaleen’s father as it fell to the ground. Upon zooming in, the reflection seen in the teardrop was none other than Shaleen herself. It was a mesmerising moment, and one that has stayed with Harpreet forever. The father’s byte told the emotional tale of her playing with a toy named Bunny in her childhood, which coincidentally also happened to be her Groom’s name!

The main hook is what makes any wedding story beautiful. The hook is the key ingredient which adds the subtle fairytale flavour to the wedding story. This aspect of wedding photography is Harpreet’s speciality. Finding the hook. He shies away from soulless wedding demands due to low emotional connection. He demands projects that have emotional significance, and a story to tell. His creative juices demand the potential to innovate. A lot of the time, he finds creative freedom in arranged marriages, yes you read it right! Since they lack the love at first sight trope, several diverse factors lead to love, which makes for a fun change and has creative potential for a good story!

One must develop the crucial skill of questioning, if one wants to be successful as a wedding storyteller. You must be able to connect with the family, establish a trusting relationship with them and communicate your feelings so as to get them to communicate theirs. Persuasion is key. Creating engaging conversations is imperative, instead of questions that do not provoke any thought. A lot of the time, the parents of the bride will be stressed, irritable and concerned about giving their bytes, as they are afraid of betraying the emotion inside their heart, and crying. You must make them feel comfortable, as their insight into the life of their daughter is what could make the wedding film into a masterpiece. Make them at ease and the tears will flow, but so shall the memories. Asking questions that make people think will spur a response, and once they get the bait, you’ll get your hook.

The key is establishing a friendly vibe with the family and creating a rapport. You must enjoy talking to the person as positive energy is always reciprocated. Think of a wedding film as a

movie, in which the questions you ask for the bytes is the script that will make or break the movie. Ask your questions and let them respond in the language they feel comfortable in. The emotion lies in the delivery and the feelings betrayed by the person giving the byte. Always thank and congratulate the people after the byte.

Weddings are some of the most realistic stories to exist, and making peoples eyes well up with sorrow, and chests swell up with pride provides its own brand of elation for anyone passionate about storytelling. 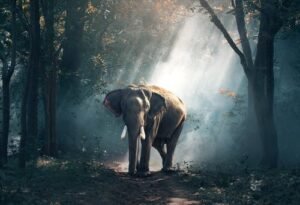 5 Types of Wildlife Photography You Should be Aware of 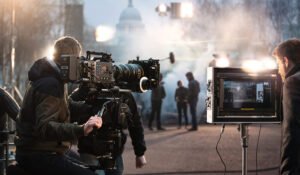 5 Things to Consider for Saving Cost on Your Film Shoot